Illegal importation of infected pig products or genetic material is the most likely way for ASF to enter Australia. Help keep Australia ASF free by encouraging: 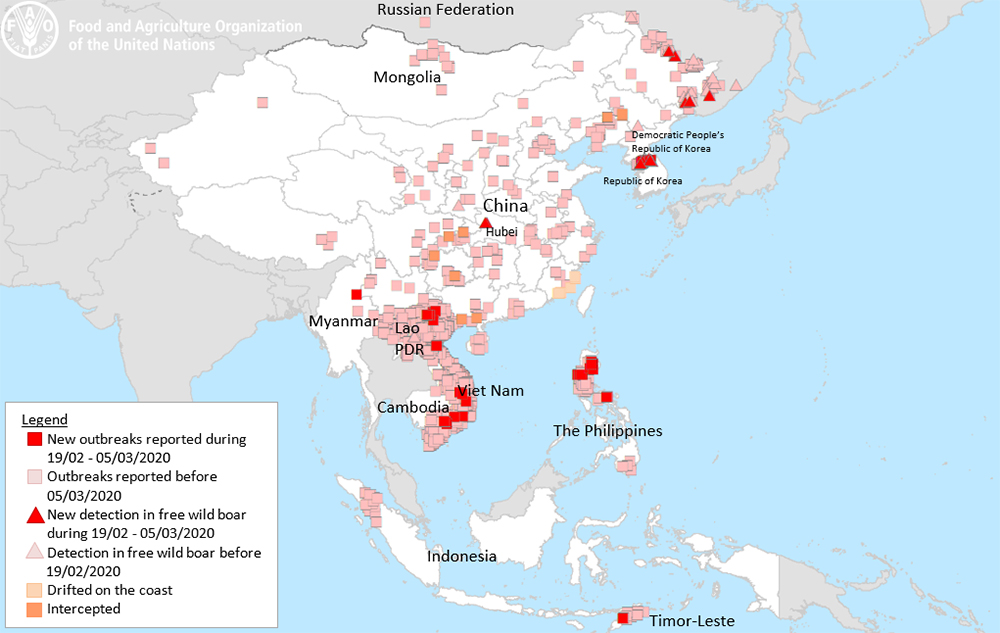 Above: African Swine Fever has spread across 12 countries since August 2018 to March 2020

As the name suggests the disease occurs in African countries south of the Sahara desert.  While there have been reports of ASF in Eastern Europe (Russia and the Ukraine) in the last decade, it was detected in China for the first time in August 2018 and has spread to other Asian countries, including Timor Leste in September 2019. Die-off of pigs in the Southern Highlands of Papua New Guinea was reported in February 2020.

ASF has never occurred in Australia and we’re keen to keep it that way (see orange box).

Australia’s policy in the event of an outbreak is to eradicate the disease in the shortest possible time. Early detection is critical for a rapid and effective response. Classic signs of infection are a high temperature, lethargy, nasal and ocular discharge, coughing and/or breathing difficulties, and blotchy skin lesions. Or pigs can just die suddenly. Mortality rates are high (up to 100%). If you think it’s a possibility, ring your state or territory government veterinarians directly or the Emergency Animal Disease Watch Hotline 1800 675 888. 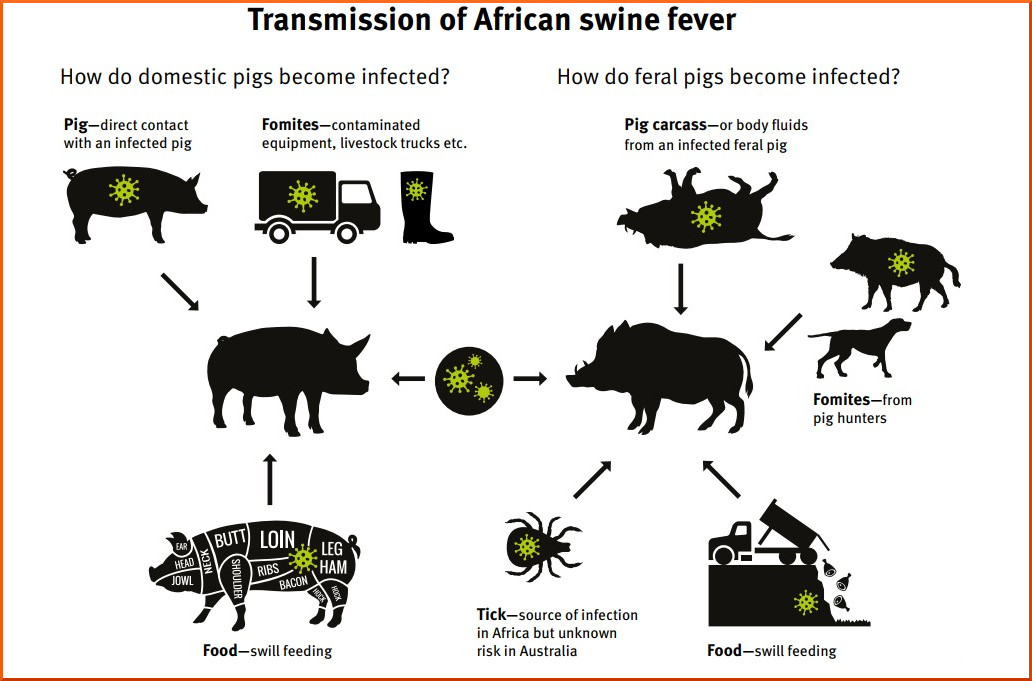 Above: From page 6 of the Australian Government’s ASF Vet Guide published in February 2020