Time and location: Top of NT, early October 2018. Ten out of 400 died within a month of being yarded in preparation for export. While most of the buffalo in the yards were well, a number were mouth breathing and many had pink-purple under bellies (which happens when they are very hot and can’t cool down).

Case definition:  Buffalo would sit or lie down and waste away over 2-7 days, some having liquid stools.

Gross post mortem findings:  No abnormalities were seen in the post mortem of two affected buffalo. The differential diagnoses were heat stress, nutritional inadequacy, salmonellosis and leptospirosis. Blood, fixed and fresh tissue were sent for pathology, with fresh faeces from two animals.

Laboratory findings:  Lab testing ruled out the main differentials (no signs of infections, parasitism or other abnormalities), corroborating the diagnosis of heat stress. The low numbers of salmonella cultured from one faecal sample was regarded as not significant. 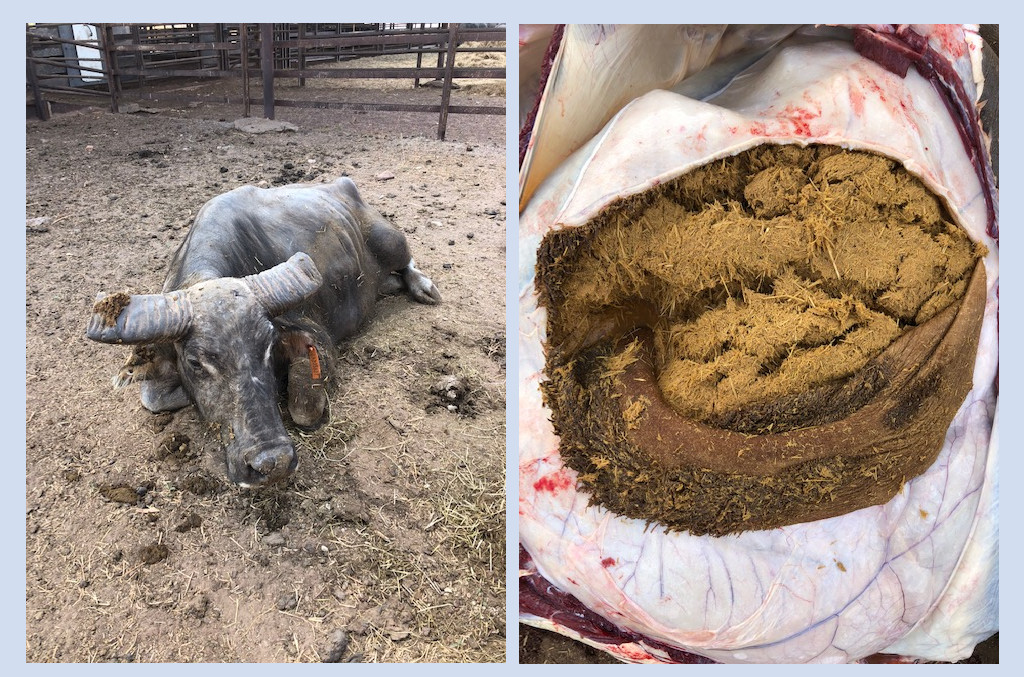 Time and location: Mid NT, Sep-Oct 2018. (The buffalo catcher reported that some buffalo left behind at muster had also shown signs of wasting and stiff gaits.)

Gross post mortem findings:  All 5 buffaloes examined post mortem had emphysematous lungs with congestion in the caudoventral areas, and atrophy of the fat around the heart and kidneys. Intestinal segments (duodenum and jejunum) in two buffalo were red and congested. A couple of the buffalo had small circular, necrotic cutaneous lesions on the shoulder, thorax and hip.

Protocols for holding buffalo prior to export

Case A recommended the following protocols to management: