Time and location: Five cases were reported by the farm manager between August and December on a property in Katherine, NT.

Case definition:  Sporadic cases of hindleg ataxia in Brahman heifers and weaners. Affected animals are found dead or have difficulty standing and become recumbent, none recover.

Gross post mortem findings:  The farm management initially thought they were dealing with Bovine Ephemeral Fever and sought veterinary advice as deaths continued. Two cases were seen by the vet:

Laboratory findings:  Bloods taken from a two year old heifer in September were negative for BEF virus (PCR test) and positive for BEF antibody (VNT). No parasites were seen on the blood smear. The creatine phosphokinase level was high, probably a result of muscle damage.

The spinal cord of a heifer necropsied in December had histopathology consistent with Zamia toxicity: regional bilateral demyelination and axonal degeneration. No other abnormalities were seen in the brain, intestinal tract, skeletal muscle or peripheral nerves. There were foci of lymphocytes in the liver (but not the damage characteristic of the hepatic-intestinal form of cycad toxicoses).

Recommendations to the producer:  Prevent access to Zamia plants, especially at times when they are producing seeds or young fronds.

Lee took us back to basics in the 2019 Masterclass: 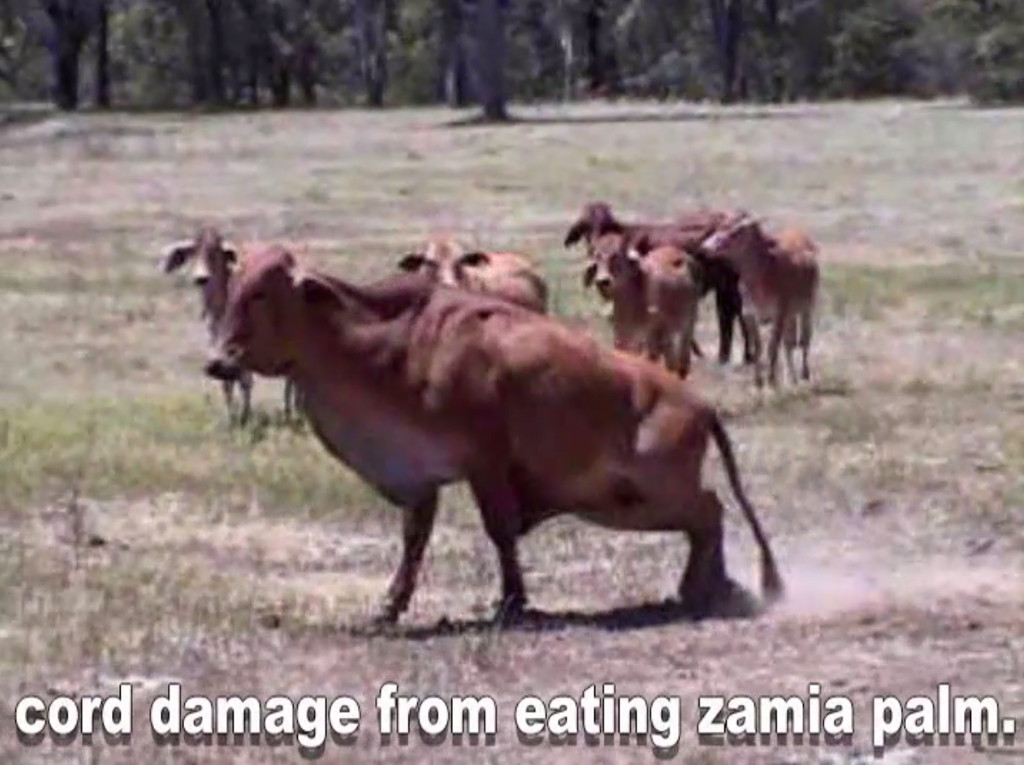 Lee's video of Zamia staggers
Back to SDIs