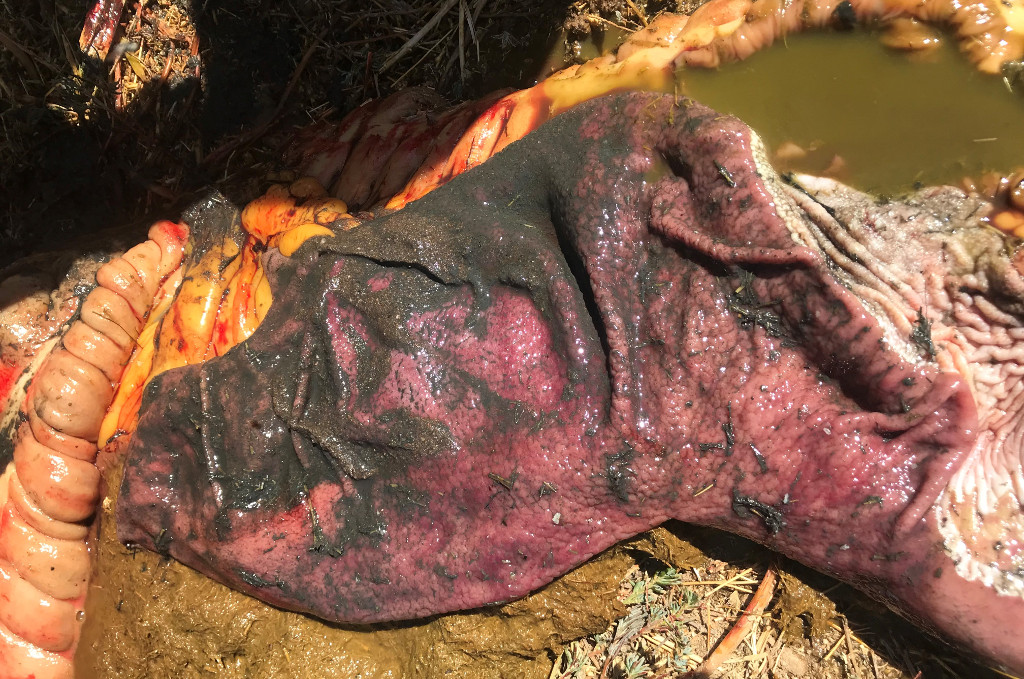 Gross post mortem findings: The sick horse was an Australian Stockhorse mare, about 10 years old, with a Body Condition Score of 1.5 (out of 5). She was euthanised with a gunshot to the atlanto–axial joint to preserve the brain (thrashing and unpredictable behaviour meant that IV injection was not a safe option). The mesentery, abdominal fat and liver were diffusely jaundiced. Other organs appeared normal. The contents of the stomach and small intestine were metallic black and had a watery consistency. The stomach wall was reddened with several areas of erosion/ulceration in the non–glandular portion of the stomach.

The differential diagnoses were:

No histological evidence of viral encephalitis. Negative for Hendra virus and blood levels of lead in the expected range. No significant histopathology detected in kidney, spleen lung or heart.

Ulcerative oesophagitis is a typical finding in cases of Chillagoe horse disease – following the consumption of large amounts of Crotalaria species.

These plants were not observed at the time of the disease investigation but the new station owners were asked to walk the horse paddock in search of Crotalaria plants and send photos for confirmation.