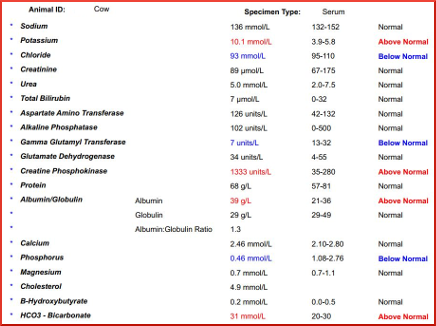 Above: The lab regarded the low serum phosphorous level as worthy of further investigation.
Other NABS SDIs