Seven cows found dead in laneway after being held overnight with no significant clinical signs. 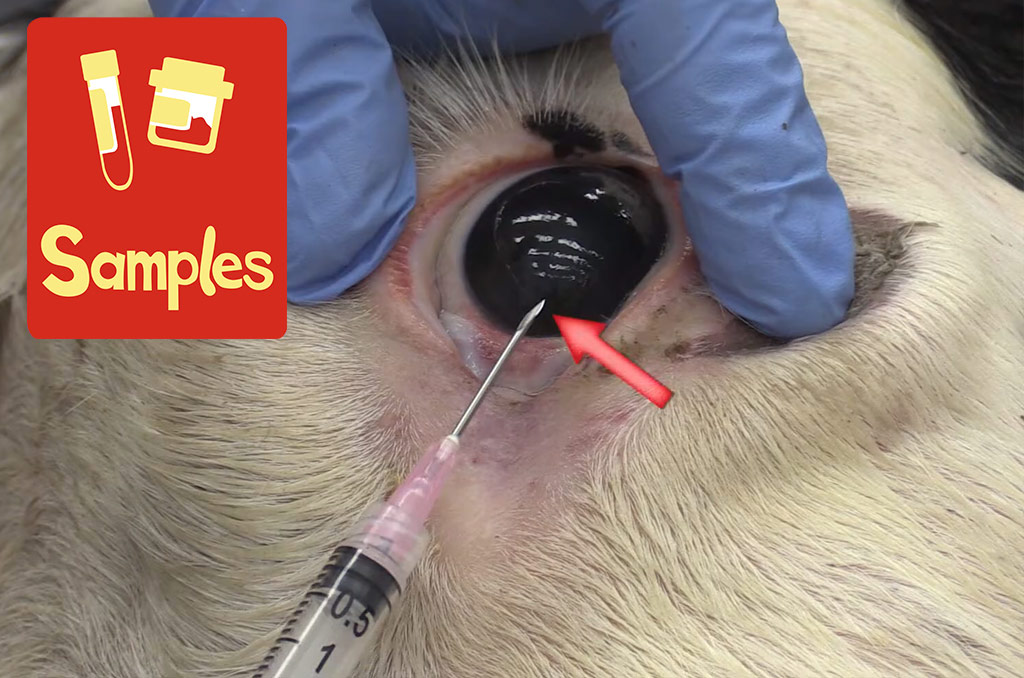 Gross findings: Seven breeders were found dead in a laneway where they had been yarded overnight; four clustered in a corner and the others spread out. There were no signs of struggle. The facilities had not been used since the drought broke about one month ago. Inspection of the laneway showed some trampled weeds including Portulaca (pigweed). Two of the fresher carcases were necropsied about 24 hours after death. Although this was relatively unrewarding due to autolysis, it did seem that the spleen was engorged with dark (brown) blood and that there was pigment staining the rumen and diaphragm. Fixed tissue was submitted from one cow and aqueous humour from another.

The differential diagnoses were: plant poisoning (possibly nitrate/nitrite toxicity), and hypocalcaemia or other metabolic diseases (but no abnormalities were seen in the livers of the necropsied cows).

Laboratory findings: Histology could not be done due to the extent of the autolysis. The aqueous humour biochemistry showed markedly low calcium and elevated urea. Acute oxalate poisoning was suspected based on this biochemistry and the presence of weeds in the holding area.

Animal / management / environment risk factors: Breeders in poor condition post-drought, but grazing reasonable paddock feed in the last month (since rain). Most had older calves that were weaned. Hay was available in the yards where they were mustered. The remainder of the cows were let into the paddock and no further deaths were observed.

Recommendations to the producer: Contact your veterinarian as early as possible if multiple animals found dead. In future process animals and release back to the paddock without yarding overnight if possible. Increase hay availability if they must be held. Where yards have high numbers of weeds in them, for their first use after rain consider moving animals through the space a number of times to trample weeds.