Case definition: Daily on-going deaths in early weaned cattle, with 4-7 deaths each 24 hour period for the last 8 days (in a mob of about 800 weaners). No definitive clinical signs – some animals coughing, some have an obvious nasal/ocular discharge. Animals were weaned early due to the rapidly deteriorating condition of the cows and many are poorly developed. They are now on feed in the main station yard.

Gross findings: The Manager did an initial post mortem of 2 cases. The photos taken showed one animal with obvious lung pathology and another with minimal to no respiratory involvement. The subsequent veterinary investigation included a detailed history (from station staff), examination of the feed yards and post mortem of 3 cases:

Laboratory findings: There was a range of pathology so we’ll cut to the laboratory diagnoses:

Animal / management / environment risk factors: The weaners were noted as being poorly developed and probably immunosuppressed at the time of the property visit due to the extremely poor seasonal conditions. The station staff were seen as doing a good job of actively managing the breeder herd and subsequent weaner health issues. 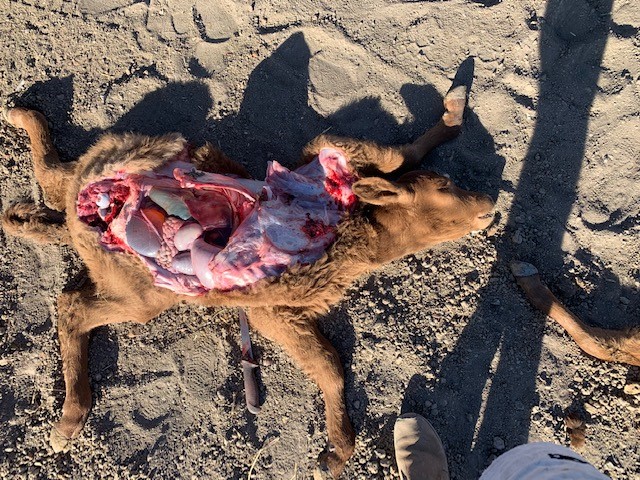 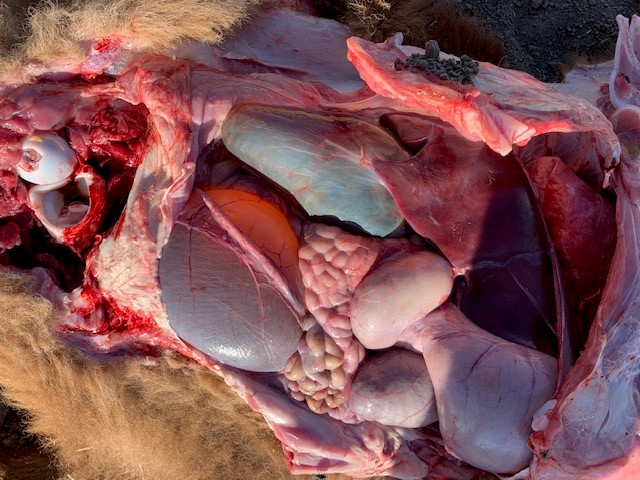 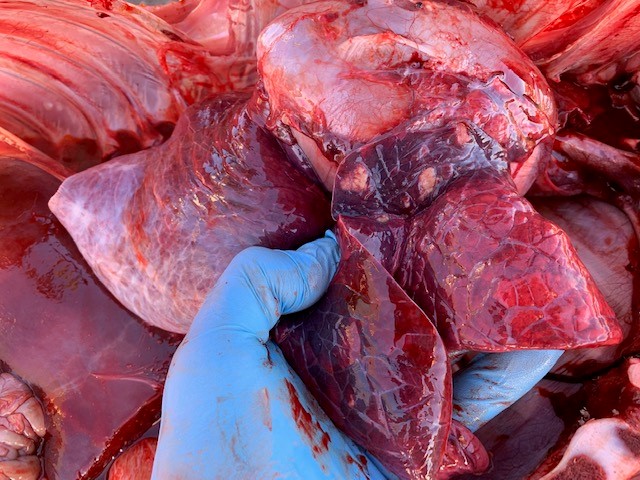 Above:  Shows the main post mortem findings for one weaner – with moderate  consolidation of lung lobes with purulent nodules and fibrinous adhesions.
Other NABS SDIs