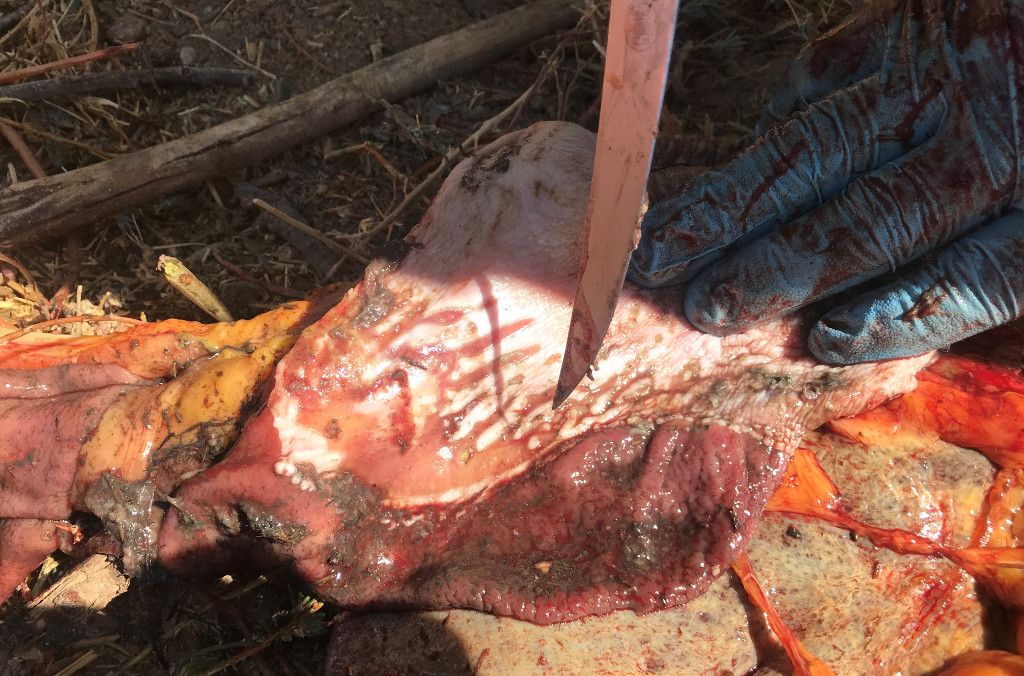 Gross findings: The sick horse was an Australian Stockhorse mare, about 10 years old, with a Body Condition Score of 1.5 (out of 5). She was euthanised with a gunshot to the atlanto–axial joint to preserve the brain (thrashing and unpredictable behaviour meant that IV injection was not a safe option). The mesentery, abdominal fat and liver were diffusely jaundiced. Other organs appeared normal. The contents of the stomach and small intestine were metallic black and had a watery consistency. The stomach wall was reddened with several areas of erosion/ulceration in the non–glandular portion of the stomach. Samples submitted included: bloods (EDTA, heparin and clotted); fresh and fixed tissues (brain, liver, kidney, stomach, oesophagus, small intestine, caecum); gastrointestinal contents and faeces.