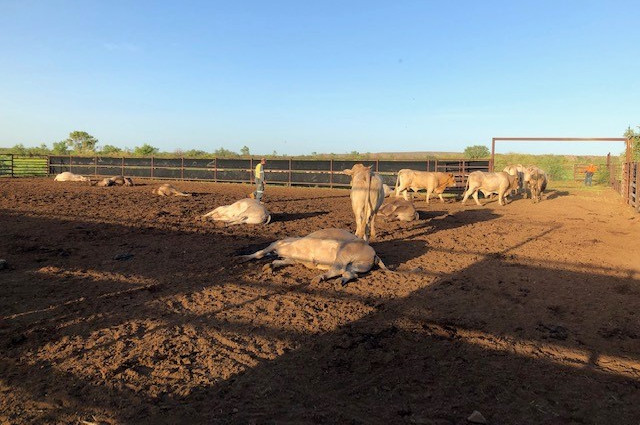 Disease mapping: 250 bulls were yarded for fertility examinations conducted over three days. The vet was delayed by a day so the  bulls, which had been yarded the day before the scheduled start, were tailed out to be fed and re-yarded the night before processing started. 80 bulls were processed on the first day of the with 15 culls being drafted into small side yard. The yard had wet season growth of pigweed, button grass, horse bean and a little forage sorghum; and most of this had been consumed by the end of the day. The next morning one bull (in poorer condition and culled for blindness) was found dead. Another 98 bulls were processed on the second day and 25 culls drafted. The cull bulls were put into a separate area to the good bulls. On the morning of third day, 14 of the 40 culls were found dead.

Above: Wet season growth with pigweed and button grass predominating.
Other NABS SDIs