Nineteen heifers showing neurological signs and dying within the space of a week. 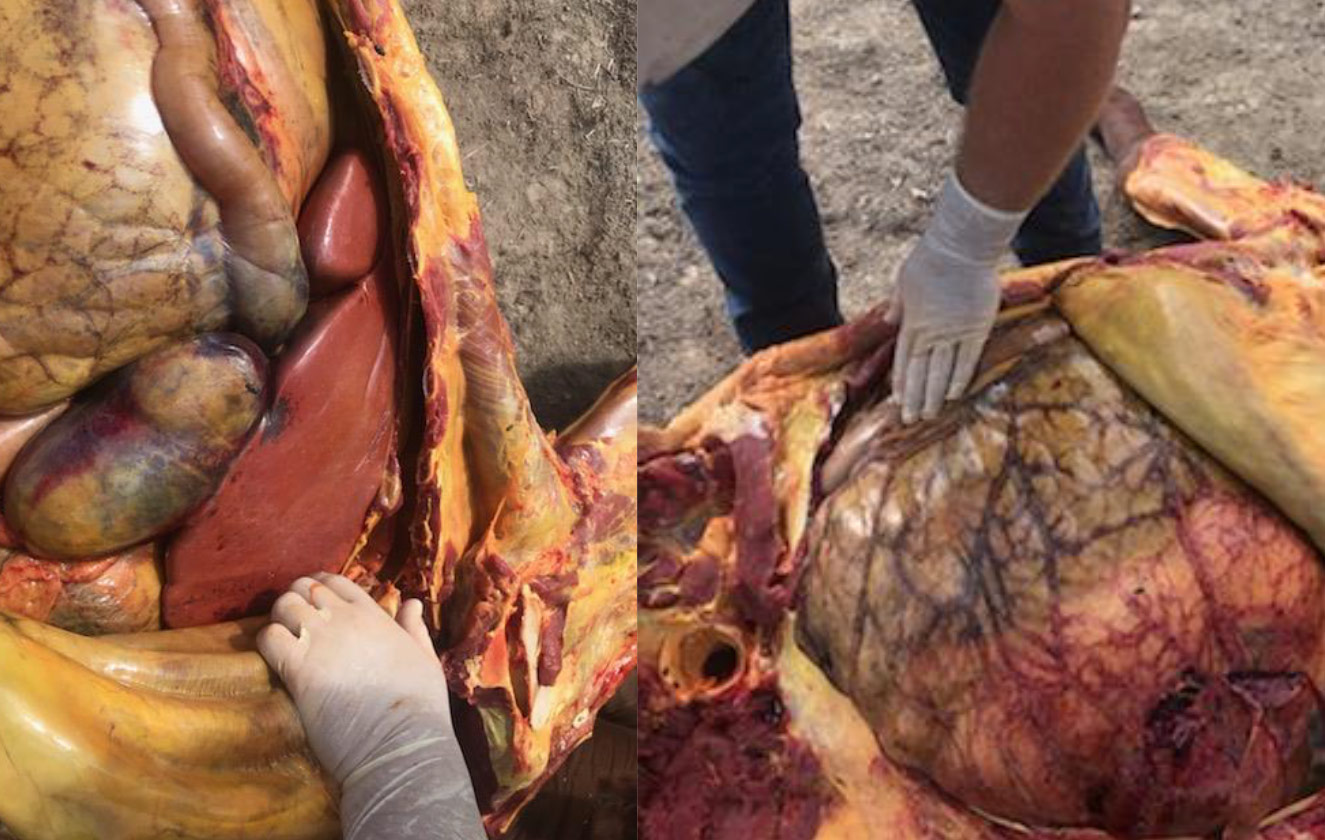 Above: Both heifers had widespread jaundice and swollen livers and kidneys​.

Case definition: Heifers that become agitated (unable to be approached until nearly moribund), show neurological signs including head shaking, deteriorate over a few days and die.

Disease mapping: Nineteen animals from a mob of 350 two-year-old heifers were affected over a 5-day period. Deaths began in a paddock that had been pulled with a chain in the previous November. There had been an extended dry spell followed by a rainstorm the week before. Animals continued to die in a second paddock that the mob was moved to the day after the first death.A paddock walk revealed a number of potential poisonous plants (Noogoora Burr, yellow-wood, poison peach, lantana and rattlepod).

The differential diagnoses were plant toxicity (including Noogoora Burr, yellow-wood, poison peach or lantana), tick fever, or anthrax (although this was considered highly unlikely given the clinical history).

Laboratory findings: Both animals had severe subacute hepatopathy and nephrosis. One also had a mild multifocal myocardial necrosis and the other had a small area of necrotising vasculitis in the wall of the abomasum. There were no significant findings in the other tissues. No Babesia or Anaplasma were seen on heart and kidney smears, and the spleen smear was negative for Bacillus anthracis. The liver and kidney pathology were consistent with acute yellow-wood poisoning.

A cyanobacterial toxin, cylindrospermopsin, can cause similar pathology but no cyanobacteria of toxic significance seen on microscopy of the water sample. The presence of myocardial necrosis may also indicate the animals had been eating lantana.

Animal / management / environment risk factors: The owners were advised not to use this paddock unless there is a body of available grass, and do not use it for animals newly introduced from unfamiliar country.

Recommendations: Because the effects of yellow-wood toxin are irreversible, the owners were told to watch the rest of the mob (that could have ingested smaller amounts) for ill-thrift and possible mortalities which could occur as time progresses.