70 mature merino ewes found dead and another 12 recumbent within 4 days. 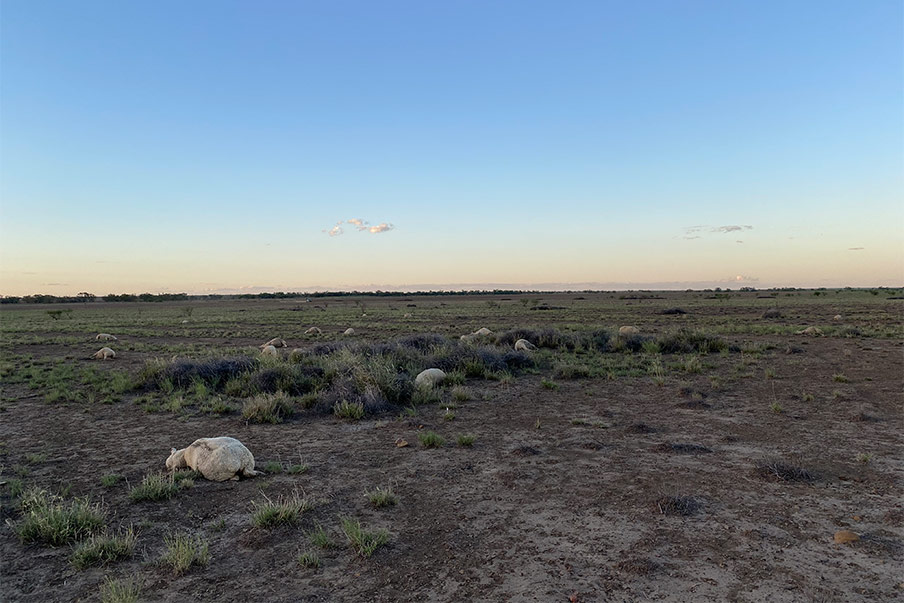 Disease mapping: All of the cases were in one paddock and had been there for 12 months with no known issues. The paddock was checked four days earlier with no problems seen. There had been rain and fresh flow of water in a creek running through the paddock in the previous week. Rams had been put in with the ewes in December 2020.

Gross findings: Dead animals had haemorrhage or fluid containing ingesta present from the nostrils and mouth. Twelve ewes were recumbent, most able to hold their heads up and some dragging themselves short distances. Faecal pellets were normal. Two animals were selected for post mortem. Bloods were taken and euthanasia was via gunshot. One had congestion of cranial-ventral lung lobes and ingesta was found in the airways. No gross abnormalities were observed for the other. Bloods, aqueous humour, gut contents, faeces, and fresh and fixed samples of lung, spleen, heart, kidney, liver and small intestine were sent to the lab.

Animal / management / environment risk factors: Pockets of pigweed were seen on inspection of the paddocks at the time of the visit.

Recommendations: On suspicion and confirmation of oxalate toxicity, the remaining ewes were removed from the paddock and supply of a high fibre feed source was recommended.