Separation, changes in diet and increases in stocking density are stressors at weaning.

This disease event was regarded as significant due to the large number affected – 100 becoming sick and 40 dying in a mob of 450, many with high temperatures and respiratory signs.

Disease mapping: The weaners were taken ‘off early from cows in poor condition’ (due to a failed wet season) and held in yards for 2 weeks or more, fed on hay and a custom weaner mix. A reconstructed timeline of events is shown here. 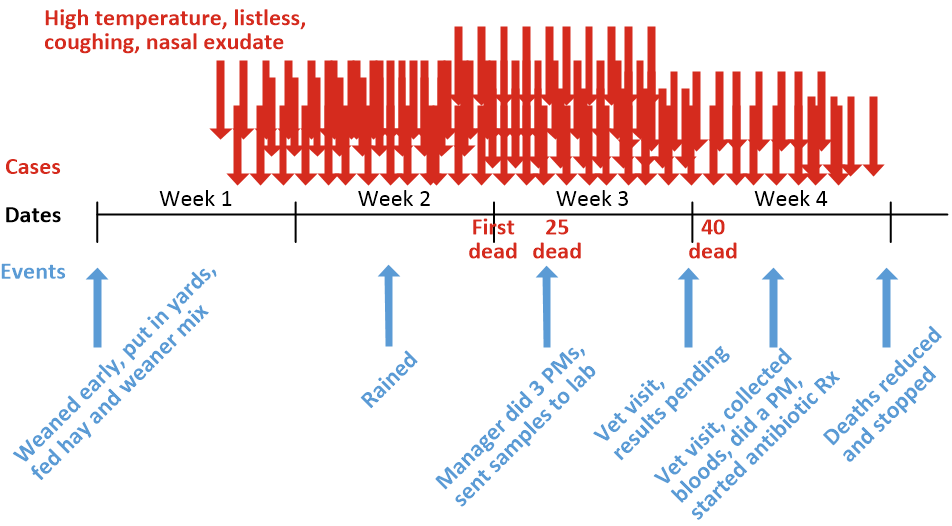 Gross findings: The main autopsy findings by the vet for a bull weaner calf with a high temperature (over 41oC), three weeks after the mob had been yarded, were ventral lung consolidation and a good gut fill. At this point BRD was considered to be likely and antibiotic treatment started. A variety of fresh and fixed tissues (lung, heart, liver, spleen, rumen, small intestine and abomasum), a lung swab and bloods were sent to the lab.

Laboratory findings: The property manager had collected lungs from 3 animals when they started dying at two weeks and all showed evidence of moderate to severe pulmonary oedema and haemorrhage. Pathology in the heart, lung and liver collected from 1 animal (myocardial necrosis and hepatic ischaemia) were consistent with a cardiac toxin. This raised the possibility of exposure to monensin, either as sudden access or in amounts beyond the recommended daily intake. Feed samples sent for monensin testing showed levels ranging from 51-310 mg/kg. The tissue samples submitted by the vet showed evidence of bronchopneumonia and rumenitis. BHV-1 and Mycoplasma were identified but their significance was unable to be determined.

Animal / management / environment risk factors: The circumstances contributing to this disease event appeared to be ‘a perfect storm’ of tough seasonal conditions, low bodyweight, little immunity, variable feed quality and consumption and a rain event. The problem was regarded as multifactorial, including monensin toxicity, bovine respiratory disease and some degree of rumenitis.

Recommendations to the producer: Weaners less than 100 kg are a high risk group. 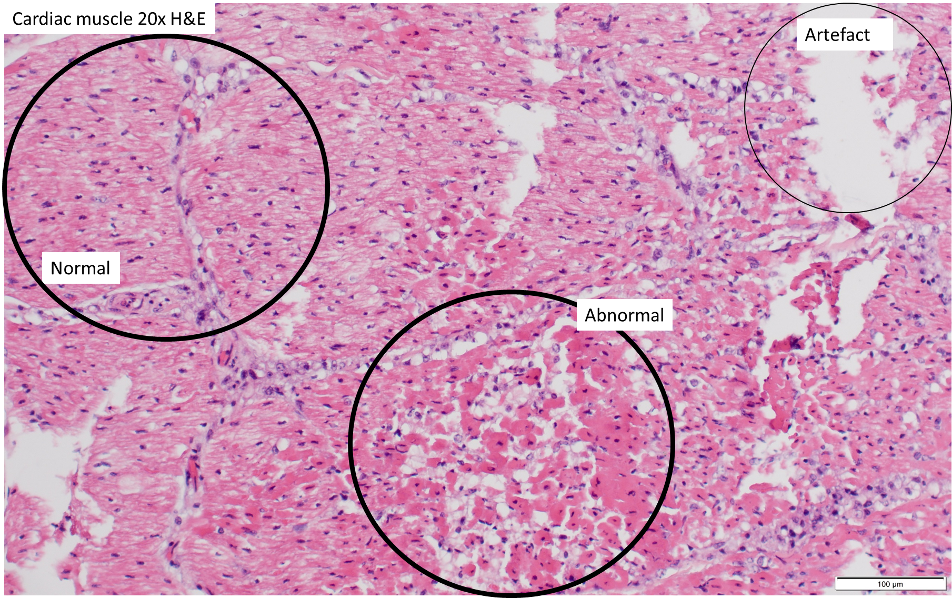